AMERICANS glugged more still and sparkling wine than any other country last year. Together with the Chinese and Russians they are driving growth in global wine consumption, which has increased by 3.5% since 2007. The Chinese alone drank 20% more in 2011 than they did in 2010, overtaking the British to become the world’s fifth-biggest market. China’s drinkers knocked back 156m cases of wine in 2011 (a case contains 12 standard 0.75-litre bottles), though that amounts to little over a litre for every person of legal drinking age. The biggest oenophiles remain the French and Italians, but they have been cutting back in recent years. With the Spaniards they also account for half the world’s wine production and are benefiting from an increase in exports—more than one in every four bottles drunk globally is imported. France’s $8.4 billion-worth of exports in 2010 were the biggest by value; Italy’s 243m cases exported (a 43% increase on 2007) were the biggest by volume. 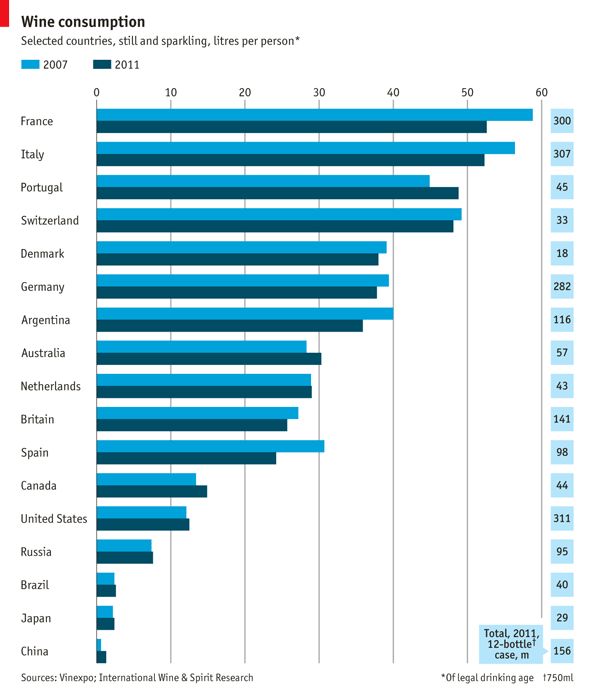